I can't believe that Heart of the Matter is turning TWO! 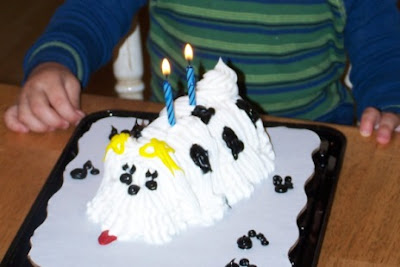 When the Amies first began Heart of the Matter, there was quite a bit of discussion as to what it should be called... THOM or HOTM?
THOM was from THE Heart of the Matter, which pretty much dropped into obscurity.
There was, however, a slight hesitancy with HOTM. If you glance at it rather quickly, it makes you think "Hot Mom". Or at least it did to me. (Does that make me weird? or creepy? or juvenile?)
How does it look to you? Would THOM (tom) make David jealous? Or would HOTM (hotmom) cause us even more problems? Just wondering...
BACK TO THE POINT...
In the past two years, I have been challenged and blessed by the encouragement, advice and (more than occasional) kick in the bootay that I have received as a reader of HOTM.
And as a writer and team member, what can I say? Words cannot describe just how thankful I am for the close and amazing friendships that God has given me, not only with Amy and Amy, but with all my other writer and reader friends.
Y'all have really loved on me and my family this past year. Saying "Thank You" just doesn't seem to cut it!
Okay, enough of this *sniff sniff* stuff!
HAPPY 2nd BIRTHDAY, HOTM!!!
Be sure to head on over there to say Happy Birthday and enter to win some awesome prizes (like giftcards to Starbucks, Target and Amazon)! Eeeeeee! Who doesn't love free stuff?!
Posted by MarshaMarshaMarsha at 1:23 AM

2 years! Seems like just yesterday I even heard about HOTM. I don't think of anything like "hot mom". LOL. I just say H-O-T-M. Love you!

Never thought of Hot Mom, but I like that. Now I will always see that. Or it could be Ho Trademark. Not as nice as Hot Mom I think. We are not Hos. :-(
Happy B-day HOTM!

Of course we are, Amy!

And of course we're NOT, Jimmie! Ho trademark. That honestly never crossed my mind, but now it will and I will laugh and it will be ALL your fault! bwahahahaha!

Okay, admittedly, now that you mention it, I will never see HOTM again without thinking 'Hot Mama', but hey what's wrong with that... we ARE hot mamas... especially here in the jungle at 93 degrees today! ;)

But two years IS hard to believe! I've SO been with y'all since the get go... I read ALL the original magazines! I've attended all the conferences (the winning free ticket was a big help, hint, hint) But not only that, I shamelessly sported the blogroll button for months innocent of the fact that I wasn't even ON the blogroll! heheheh. Oh how I do appreciate HOTM!

BUT more than that, I totally APPRECIATE being able to comment on your blog, babe!!!

Okay, back to the main point:
I VERY much appreciate the online nature of the HOTM conferences! Speaking of which isn't there one coming up anytime soon? I'm totally ready!

I KNEW I had been here before :) So glad to have found you again. I'll put on my reader so I don't miss any more.

You know a LOT of Amys!

And when I look at HOTM, I always, without fail, think of IHOP.

God loves you more than any. thing. on. earth. So, that means He deems you fit to receive many blessings.

I'm so glad you've been blessed.

I was thinking about you yesterday, and thinking I'd like to call you.

I have always thought Hot Mom, too! I thought I was the only one! I do like HOTM better than THOM though.
And 30 Day Shred, I participated in it one night. In my defense I was sick and since breathing is a huge requirement for that vid I didn't do too well. I was gonna give myself a week to recoup and then found out I was pregnant.
I plan on having a date with Jillian about 6 weeks after giving birth. We'll see how good she is then.

Wow. Time flies. It doesn't seem like 2 years to me either...and um, yeah, you are the ONLY one to think HOT MOM. LOL